Reasons Why Your Car is Leaking Oil

So you find a few drops of oil leakage under your car every now and then, not a big deal right? Or is it..? Do you want to know the reasons why your car is leaking oil?

While it is very common for people to ignore a few drops of oil on their driveway, they don’t realize that it is a terrible idea. Continuing to ignore it, can make that seemingly small leak into a very costly repair. On top of that, if the leak gets worse while the car is running, it may shut down the engine. This is a very dreadful situation for the car passengers as well as others on the road.

It’s probably best to go for a regular oil change service before these oil leakage issues worsen. In this article, we have compiled a list of 7 reasons why you may notice an oil leak under a car. This article is aimed at keeping car owners informed about potential car failures.

Reasons Why Your Car is Leaking Oil

Oil leaks commonly occur due to worn-out seals, damaged engine gaskets, or leaks from the oil pan. There are many other reasons that may cause your car to leak, but it is fairly easy to tell if there’s been a leak. The easiest way to do so is by using a dipstick to check the level of oil in your car’s engine. When the level is below the minimum limit on the dipstick ( L, MIN, or the lower pinhole) it means that the oil level is low. Low oil levels indicate that there’s an oil leak. Also, if you see blue smoke emitting from your car’s hood or notice a burning smell when the engine is on, it may be due to an oil leak.

The 7 reasons for oil leakage:

If the top of your engine starts leaking oil, it hints at an issue with the valve cover gasket of your car. It is one of the biggest Reason Why Your Car is Leaking Oil. Located at the top of the engine, a valve cover protects the components in the cylinder head. The gasket acts as a seal between the valve cover and cylinder head. Over prolonged use, this cover gasket gets worn out and fails to seal away the oil properly. If the area surrounding the valve gets coated in oil, replace the part as soon as possible. 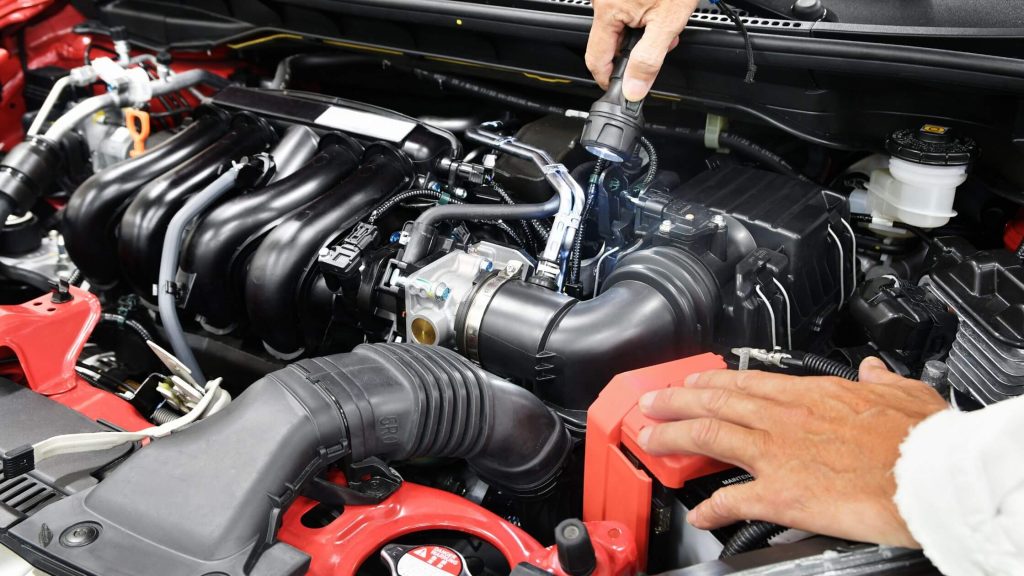 Poor part installation: If you over-fasten a gasket, or if you don’t tighten bolts tight properly or in the right oil, it may become a potential reason why your car is leaking oil.

Double gasket: This is very common while replacing an oil filter. The used filter gasket clings to the engine while the new filter and gasket are installed over the old gasket. This often causes heavy leakage. 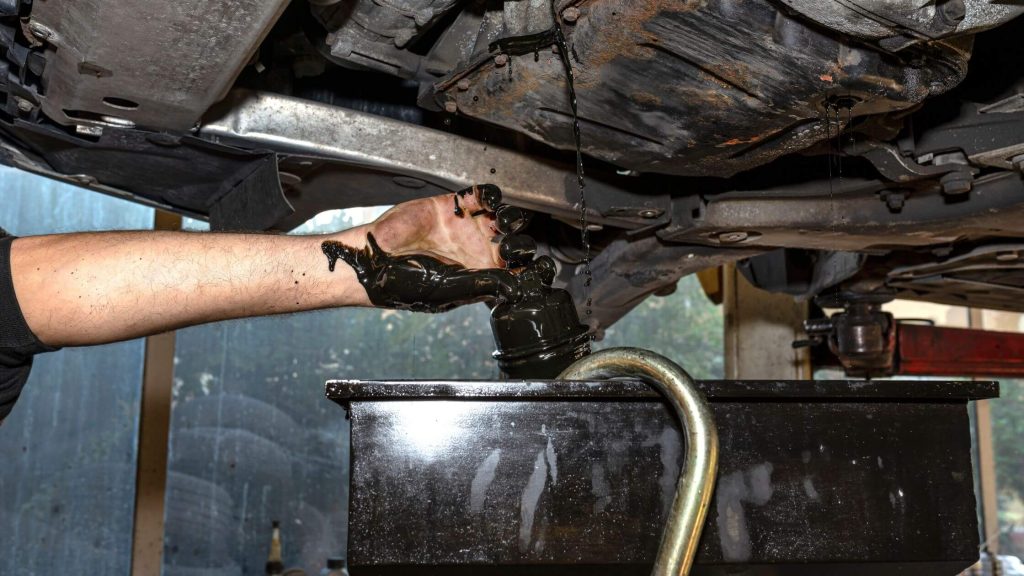 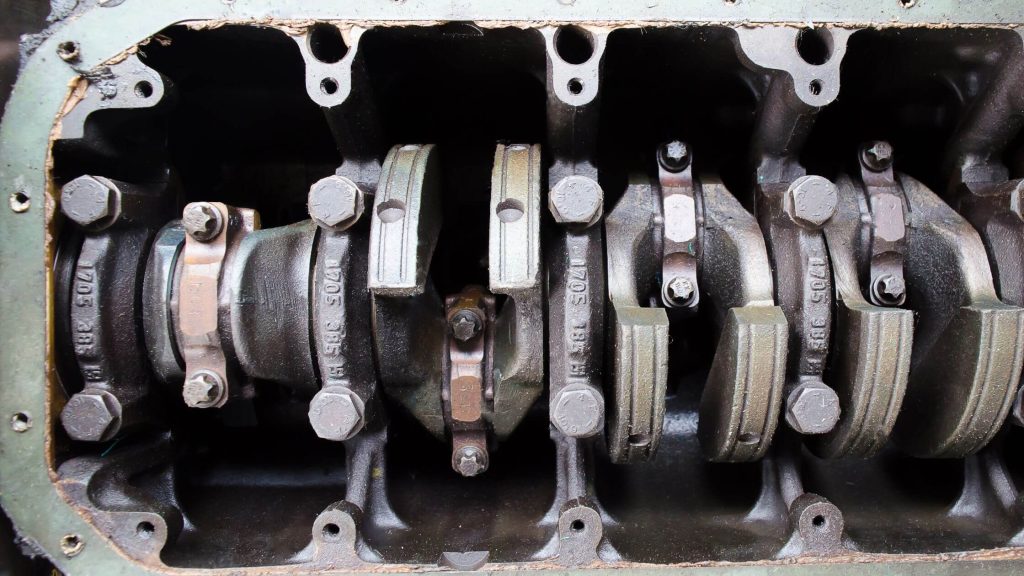 The crankshaft is an integral engine constituent that extends a little from both engine’s ends. Seals lie on both the ends of the crankshaft and prevent oil from seeping out of the engine. These are commonly known as the front and rear main seals.

You may notice some oil accumulation on the underside of the engine if a crankshaft seal leak is minor. But in case of a bigger leak, there’s a noticeable oil leak from the front of the engine. 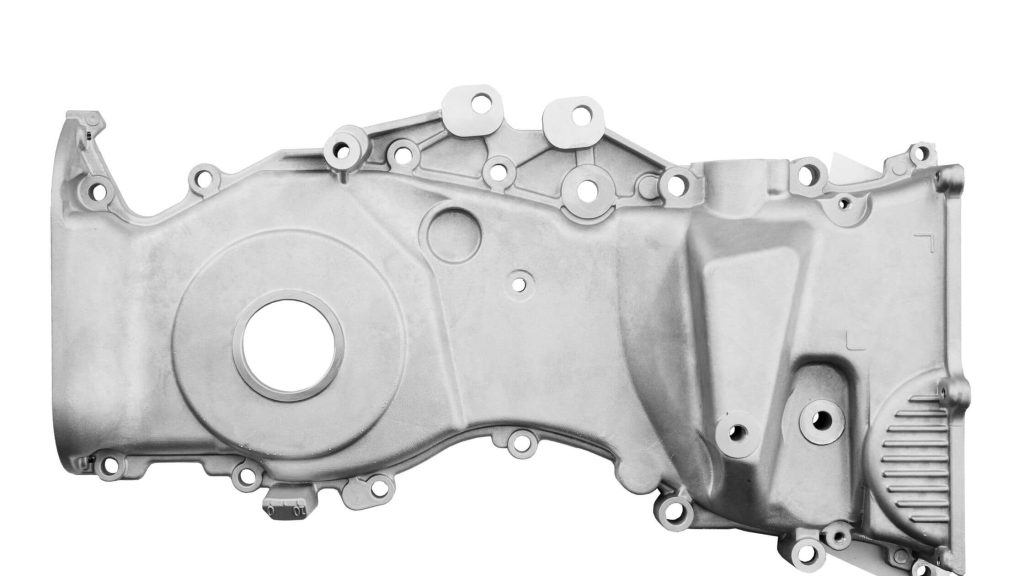 While newer car models use a timing chain, some engines may have a timing belt. They both essentially serve the same function. 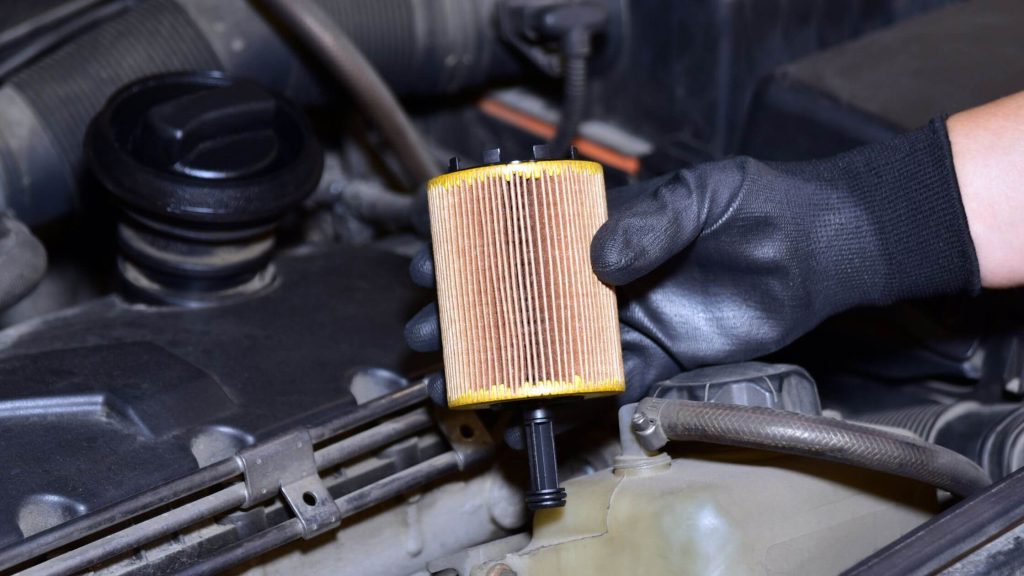 Each time you get the oil changed in your car, the oil drain plug is pulled out and then restored. The oil filter also gets changed simultaneously. Due to these frequent switches, they often turn out to be the cause of leaks or the reasons why your car is leaking oil. 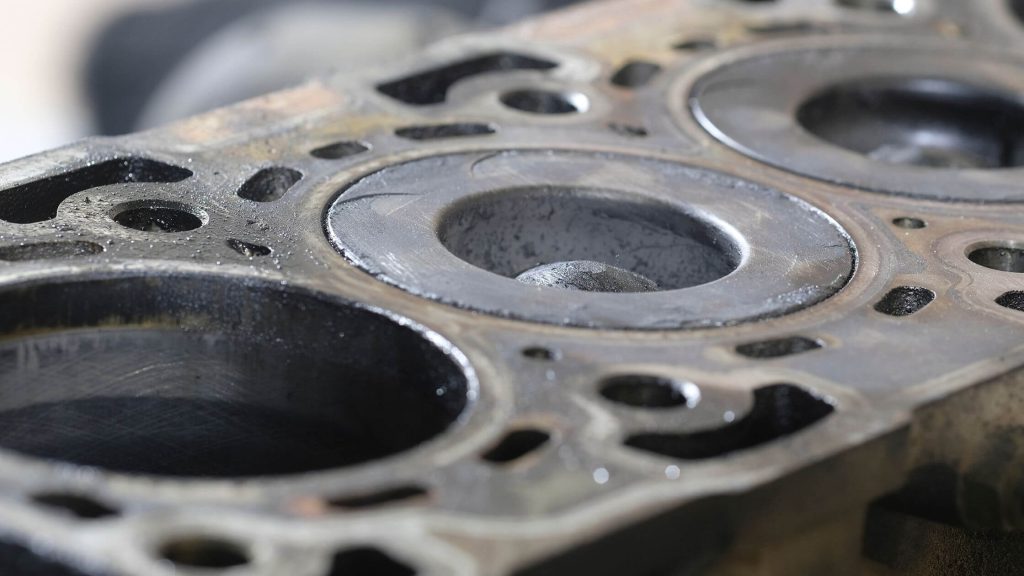 Head gaskets are generally responsible for causing internal leaks, this causes the coolants to leak. But they can leak both engine oil as well as coolant externally. Flat engines or boxer engines – are particularly prone to this issue.

But what if – the leak is not engine oil?

Sometimes the fluid leaking from your car may not be engine oil. There are many car fluids that resemble engine oil. It is difficult to tell what fluid it is just from the drops that have fallen on your driveway.

But checking for a few things can determine if it’s an oil leak or some other fluid. Firstly, take a look at the color of the fluid. If it’s clear, it’s probably water dripping out of your car’s AC system. If it is a bright color like pink, green, orange, or blue, it may be coolant. This kind of fluid may have a somewhat pleasant smell, making it easier for you to tell it apart from other fluids.

A translucent brown or yellow fluid is generally brake fluid. When the fluid is brown in color with a reddish undertone, maybe transmission fluid. Power steering fluid can look very similar to transmission fluid, this may confuse many people.

Engine oil is typically black or light brown in color. If the spill is light brown or black in color, this means that your car is leaking oil. Your car runs on fluids like transmission fluid, coolants, brake fluids, power steering fluid, transferase fluid, etc. And all of these are likely to leak at some point, due to worn-out or damaged parts.

This is why it’s best to not jump to any conclusions when you first notice some kind of leak under your car. Visit an expert mechanic to diagnose the issue and fix the leak right away.

Is an oil leak serious?

Besides environmental impacts, oil leaks cause major engine damage to your car, as well as to its HVAC and radiator system. This oil build-up weakens the rubber hoses and seals and causes premature damage to them.

Oil leaks are also a safety hazard. The oil from a leak may catch fire, or the engine fails and stops while driving, which could be fatal for the passengers. Sometimes the damage is repairable but in other cases, the damage may be so serious that it may call for an engine replacement.

Can I still drive with an oil leak?

It’s best to not drive at all once you’ve noticed an oil leak as it dangerously lowers the oil levels in your car. If you must drive, make sure to only cover short distances, preferably less than 8 miles.

How do I stop an oil leak?

While some oil leaks are only fixable with the help of expensive repairs, you can fix most of them by yourself. All you need is a car jack, torque wrench, jack stands, and some replacement parts. Here are the two common methods that you can follow to fix your oil leak:

You can easily fix the leak yourself by using a stop leak additive. It softens and lubricates the car’s rubber seals, this stops and prevents oil leaks.

2. Fixing with the help of tools

Fixing an oil leak with tools is not tricky at all. To do this, you’ll only need some hand tools, a car jack, torque wrench, and stands. First, lever up the car to safely access the oil pan. Then, look for any unfastened bolts on the oil pan. With continual usage, these bolts loosen, causing oil leaks. After tightening these bolts, follow up with checking the valve cover and the timing belt covers. The procedures may vary depending on car models so make sure to read the manuals to know the exact requirements.

Opting for routine car servicing is one of the best investments you can make in your car. Common and frustrating car troubles like oil leaks can be nipped in the bud just by remembering to take your car for regular servicing. Ignoring Issues that initially seem minor may cause you to shell out a lot of money on repairs eventually. Although oil leaks are not risky in most cases as they are potential safety and fire hazards, it is best to fix them as soon as you can.

So, that’s all from this article. We hope you enjoyed this post on the reasons why your car is leaking oil. If you liked this article then please share it with your friends.